Welcome to Friday Beers Blog #5! This is the fifth brew in our blog series. Today we are taking a look at Latitude 42’s Party at the Moon Tower Double IPA. 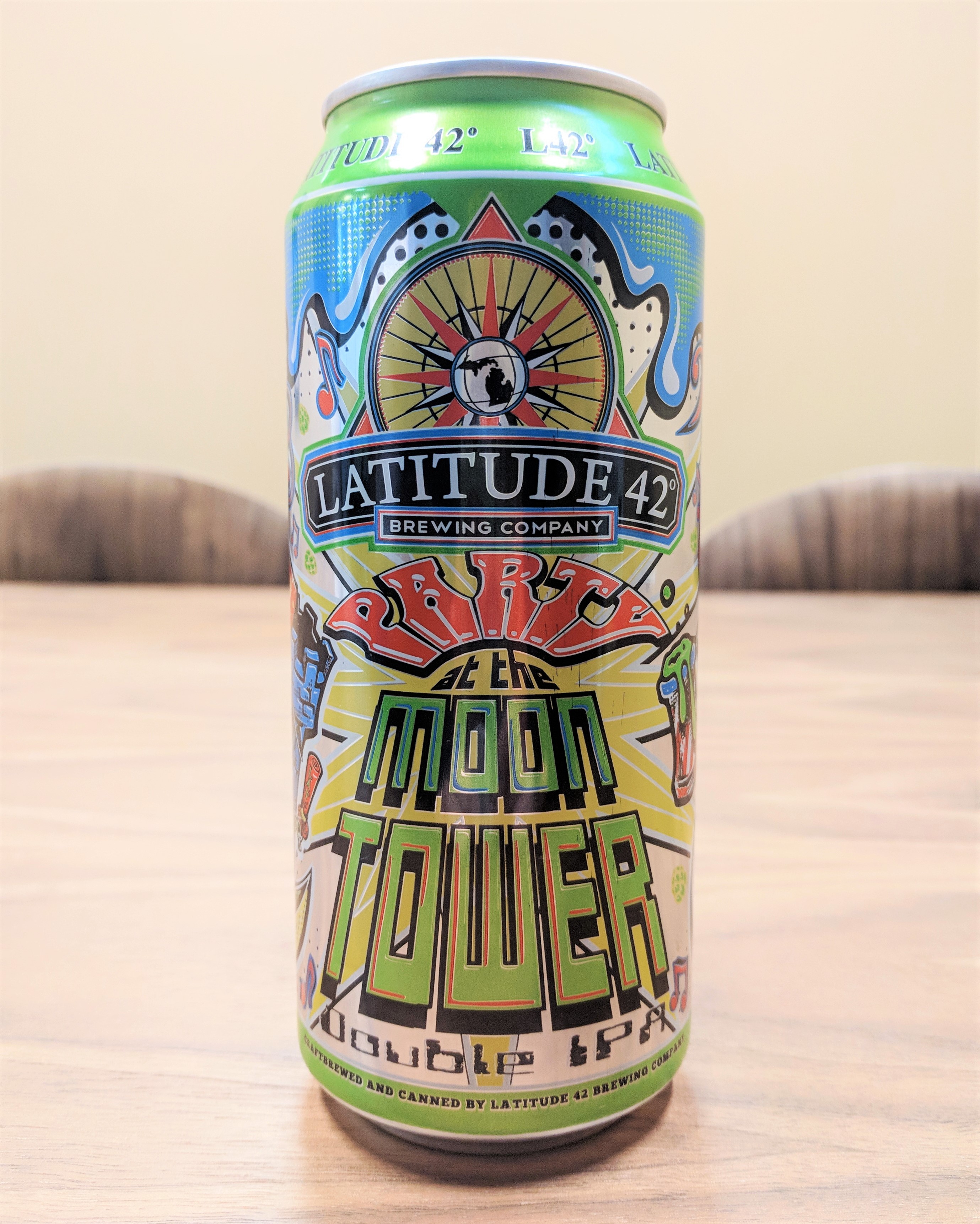 Our review: Scott Freitas traded the tropics for Michigan (…bold move) when he resigned as Head Brewer at Maui Brewing Company, Hawaii’s largest craft brewery. He craved a craft beer community culture and set his sights on being part of the first microbrewery in Portage, Michigan. With 20 years of brewing experience under his belt, he signed on to co-found, head brew, and bring a little “aloha” to what became Latitude 42 Brewing Company. In their aptly named homage to Dazed and Confused, Party at the Moon Tower IPA, Latitude has created a citrusy fruit beer chock full of pineapple, mango, and orange notes balanced with that classic hop profile you typically find in IPAs. This beer would be a great beverage for a spring weather cookout, an excellent camping trip companion, or the answer to that long afternoon you spent typing and re-typing numbers that ultimately didn’t add up anyway.

Why we like it: Despite the fact that Party at the Moon Tower is a Double IPA, this doesn’t have the weight or the bite that you’d usually expect; this is much milder and lighter. We predict that you could still enjoy that second burger without the classic beer bloat. We also are partial to the art on the can, shout-out to Rev Joshua Gerics. Who doesn’t love outer space?

Why we don’t like it: While this is pretty good overall, it isn’t distinct from other brews we’ve had. To be honest, we’ve come to expect more flavor from Double IPAs. While we’re grateful for the extra room for the good potato salad, we’re a little underwhelmed. If you’re going to put outer space on the can, give us NASA. We’d wager that no one is going to be inspired to be an astronaut after drinking this beer.

Pairs well with: You could pair this with just about any food. We’d suggest reserving it for a day where there’s a lot of food on the menu that you’d like to partake in. We’ll give this beer a solid “Alright, alright, alright.” (Which, we’d also say about Matthew McConaughey’s acting).