Welcome to Friday Beers Blog #4! This is the fourth installment in our brewsading series. This time we’re taking on Old Nation Brewing’s M-43. 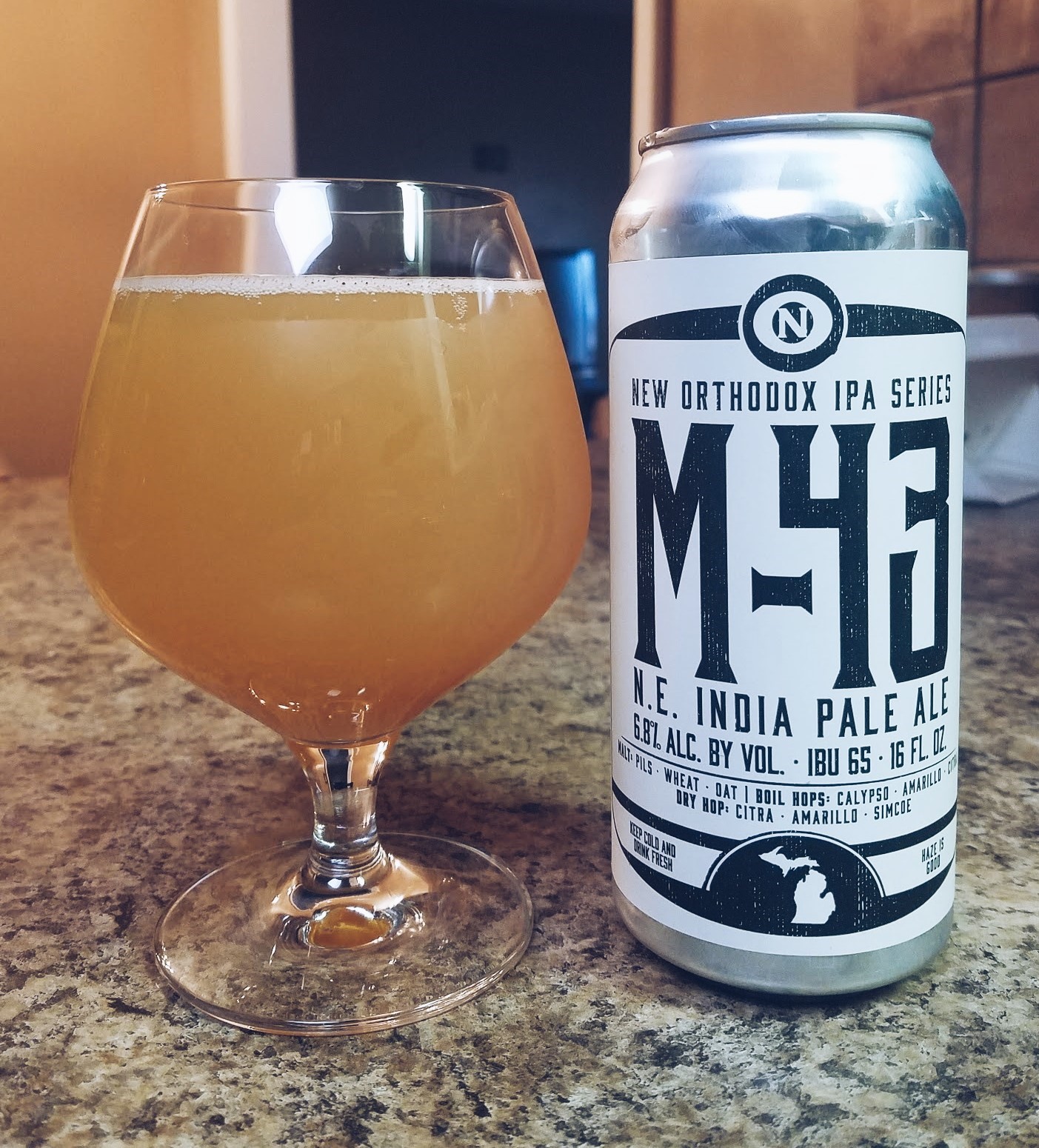 Our review: M-43 is a truck-line highway running through south-central Michigan from Webberville to South Haven. Old Nation Brewing pays homage to this stretch of road in their arguably most famous New England Style IPA. Unlike traditional IPAs, they add dry hops toward the end, which adds the flavor without the bitterness. This leads to a smoother finish and an overall ridiculously drinkable beverage. M-43 looks and tastes juicier than any beer has a right to. This hazy brew could easily be mistaken for a fancy glass of OJ, so watch your kids around this one, friend.

Why we like it: It’s a delicious and downright approachable beer. It’s juicy; it’s fruity, it’s tasty – it smells good! You can turn even the most dedicated macrobrewery kind of cat into craft brew curious with one sip. Give this thing to your favorite 76-year-old who swears by Rolling Rock, and he’ll ask for a second one. Guaranteed. (This is based on a true story.)

Why we don’t like it: We’re gonna be honest, this beer isn’t cheap. While you can generally find it on sale at your local beer seller, you’re still only getting a four pack (of 16-ounce cans). Another thing we aren’t jazzed about is the fact that New England Style IPAs are really meant to drink pretty much immediately. This isn’t great for those of us who like to pick up brews when we see them and crack them open on some random Wednesday (because listen, beers aren’t only on Fridays). You drink New England IPAs are supposed promptly, which, okay, we’re not < i>opposed< /i> to. It’s just, you know… Prioritizing.