Intro: Friday Beer Blogs is back at it with our eleventh drink! This week we’re cracking open a cold one from the home state of Bob Saget and our nation’s fifteenth president, James Buchanan: Pennsylvania. So grab a glass with us as we sip on Victory Brewing’s Sour Monkey. 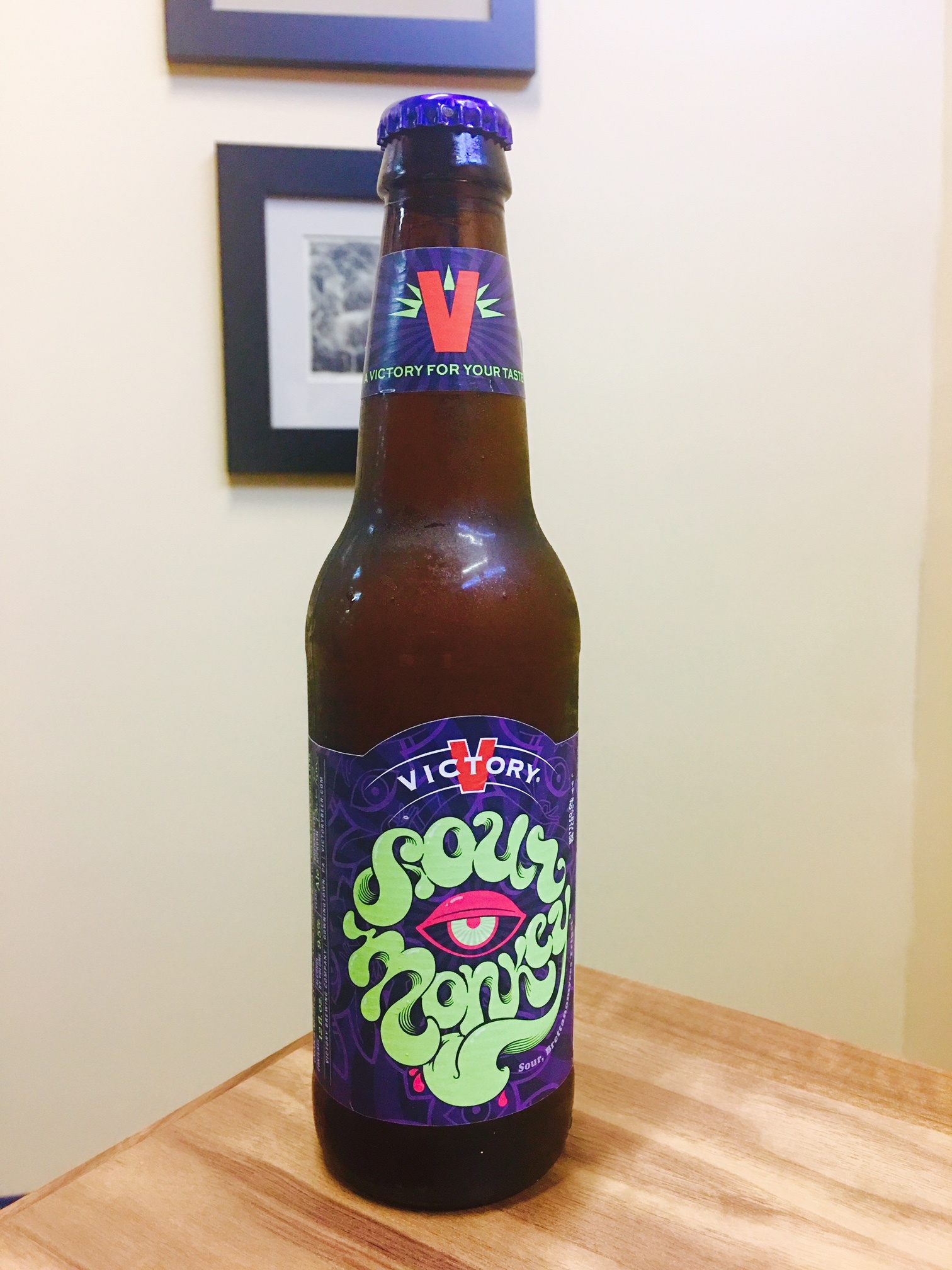 Our review: Victory Brewing Company got its start in an old Pepperidge Farm Bakery back in 1996. Honest moment: when we learned this, we were pretty disappointed this beer didn’t come with delicious baked goods. I mean come on, your building used to make cookies! We love history. Especially history that involves snacks. Alas, not a single Goldfish was found. That being said, Victory has expanded and grown considerably since their inception, and now here they are with Workbox Staffing’s Marketing team in Grand Rapids, Michigan, drinking their Sour Monkey at 3:30 in the afternoon… and what a Sour Monkey it is.

Why we like it: We aren’t mad about this sour beer. At first, it’s a little, “Oh no, what have I signed myself up for?” Like when you tell your brother-in-law you’ll join him on a hiking trip, and you thought it would be more like brisk walking, but he is practically Bear Gryllzin’ it out in the wilderness. (Practical advice, friends: Always overestimate “hiking”). Anyway, Sour Monkey does mellow out after you get used to it, and then you can properly enjoy it. Just don’t wait too long between swigs. It’ll get ya all over again. It’s like the adult version of a Sour Patch Kid. We feel like this would be a great beer to share with someone who knows a thing or two about sour beers. Like that guy who works at the local bottle shop with the fancy mustache. We think that person might like it. He’d definitely like it.

Why we don’t like it: This beer kind of punches you in the mouth with the tang factor and we’re going to make the general assumption that one enjoys a knuckle sandwich to the face. We also didn’t like that this beer reminded us of the bitter realities of adulting, like scheduling your own doctor’s appointments or paying rent. If we had to give this beer a personality, we’d probably go with Janet from accounting. You know whom we’re referring to, Janet from accounting is the office sour pus who actually isn’t that bad once you get to know her.

Pairs well with: Figuring out how long you can go before having to buy more groceries because again, adulting is hard. Attending that craft show you were told “would be fun.” Balancing your checkbook for the first time. Cleaning your gutters before your in-laws come over. Your in-laws coming over. Giving your cat a bath. And finally, to drown out the soundtrack of Frozen that your kids play on repeat (sorry Elsa).