It’s Friday Beer Blog’s sixth drink! In the latest installment of this weekly blog series, we will be taking a look at Samuel Adams Summer Ale. So sit back and let this beer be your inspiration for summer days ahead. 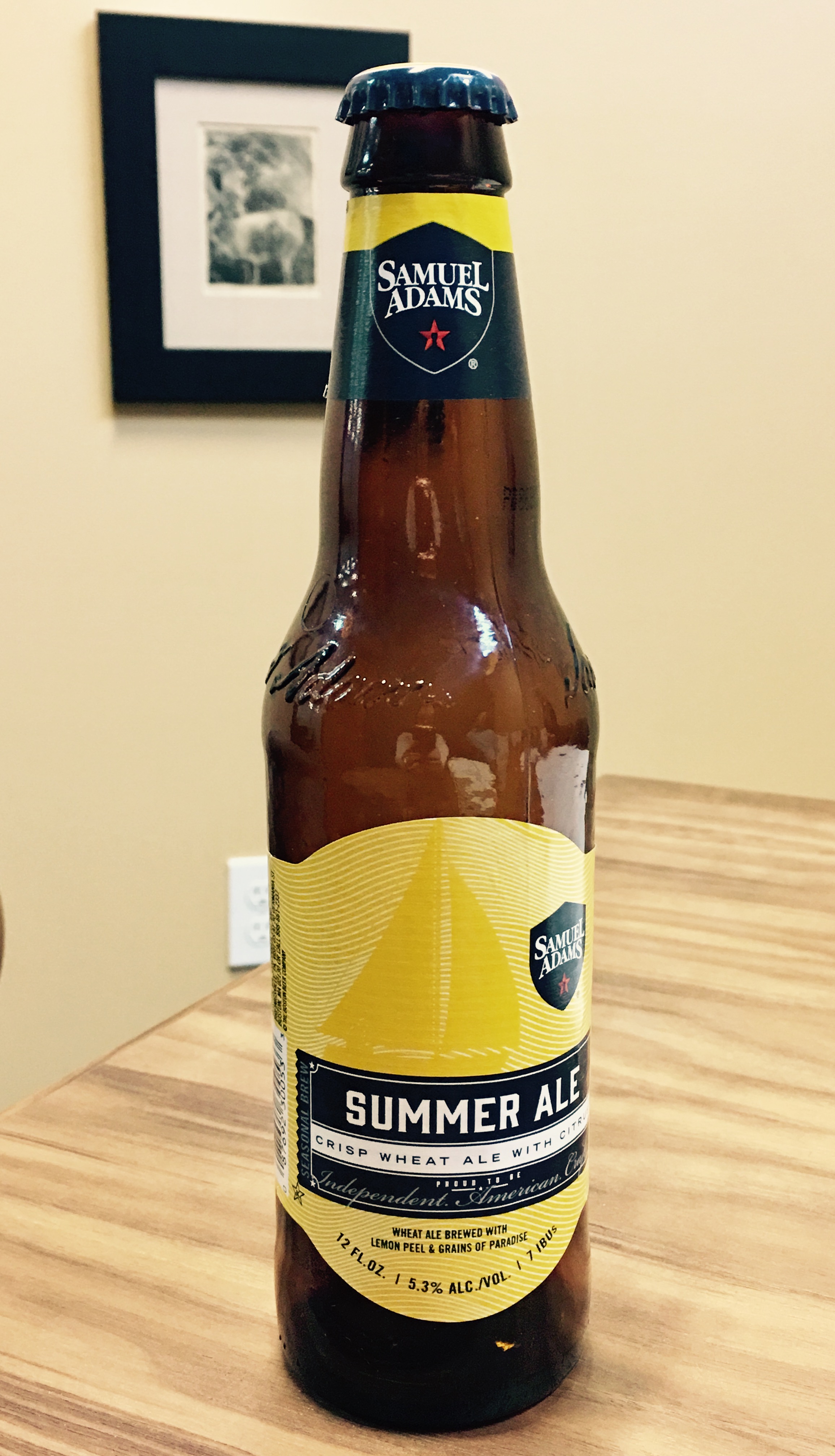 Our review: With its legacy leading back to 1995, this is a tried and true beer from one of America’s most iconic breweries. Samuel Adams Summer Ale is brewed right in the hometown of its namesake Founding Father. Being a summer ale, this brew is only available April – August and will quench your thirst all summer long. This American wheat ale is made with lemon peel, grains of paradise to add a little spice along with Hallertau Mittelfrueh, and Saaz Noble hops to create a crisp wheat ale with notes of citrus. This iconic and refreshing beer is pretty much perfect for any summer day activity; from a day out on the lake to a party with friends on the patio.

Why we like it: If you’re looking for a clean citrusy beer with plenty of froth, then Sam Adams Summer Ale is just what you need. This refreshing brew is easy to drink and finishes clean. The hazy golden color of this brew is reminiscent of a summer sunset (which who doesn’t love a classic sunset over Lake Michigan?). Another thing we liked about this beer is the price, a twelve pack of cans retails around $13. Overall, we want this beer because you pretty much know exactly what you’re going to get: a decent, no frills, refreshing brew.

Why we don’t like it: This beer goes flat faster than your dad can complain about the air conditioning bill (dad, you know who you are). We feel this beer is slightly underwhelming; there’s nothing extraordinary about it that has us jazzed up. You may notice a small metallic aftertaste which was another reason we weren’t totally excited about this beer. We wouldn’t go as far as calling this beer summer in a bottle, but will undoubtedly be welcomed at any party. While we predict this beer will probably satisfy the masses, a real brew aficionado may turn up their nose.

Pairs well with: This beer would be the perfect sidekick to a boatload of seafood (ba dum tss). We recommend mussels or some good ole’ New England clambake. For those who prefer their food international, this beer pairs great with Thai food (we’re only slightly sorry for causing your craving for spring rolls).