“How to Prepare for a Video Interview”

There’s something extra nerve-wracking about interviewing for a job via online video. It’s hard to replace the intuition you feel when being in the same room as someone, and while you already have nerves wrecking your brain, you could continuously worry about sound, picture quality, and other technical glitches along with the usual job interview jitters. 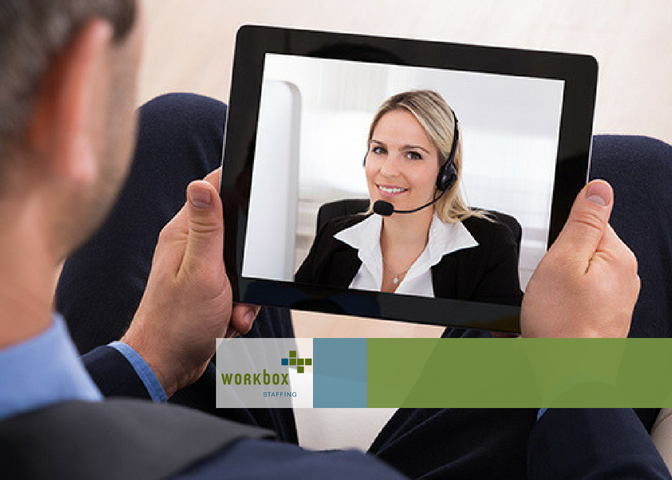 Preparing for an online video interview is critical to giving yourself the best chance of getting the job. Whether you’ve been asked to interview on Skype, Google Hangouts, or Go-to-Meeting, there are tips for online job interviews that can help you stand out from the crowd.

Whether you’re using a laptop, PC or tablet, make sure to take the time to learn the technology you’ll be using to conduct the interview. Give it a test run before you have an actual interview with an employer, because you don’t want an unexpected technical glitch to ruin your chances right off the bat.

Make sure that you have a quiet, and relatively clean, area that’s free of distractions to conduct your interview. Also be cognizant of the background behind you. Try to avoid a dirty wall or unprofessional items like music posters or sports memorabilia. Having some papers, cords or office supplies scattered about isn’t all bad, but make sure that the person on the other end gets a professional visual impression of your workspace. It could reflect on you.

Don’t think video interviews are an excuse to dress down too much. Dress almost as well as you would for an in-person interview. Showing up in sweatpants and a tank top just because it’s a video interview will likely submarine your chances immediately. You probably don’t have to dress < i>as< /i> formal as you would for an in-person interview (you certainly can pass on the dress shoes) but don’t make the mistake of going overly casual.

Even though you’ve tested and double tested your tech, along with going through the tutorials and manuals, you still need to plan for glitches should they arise. If you’re interviewing your laptop, for instance, have a tablet ready with Skype, or Google Hangouts prepared to go should something go wrong. If there are glitches, don’t panic, give a rational explanation and let the interviewer know what you’re doing to fix the problem and about how long it’ll take. Glitches can be an opportunity to show you don’t sweat under pressure.

Even though the interview isn’t in person, body language still matters. Sit up straight, and have good posture while you look directly into the camera and make eye contact with the person interviewing you. You might be tempted to look at the monitor, yourself, or your mobile device, but resisting those temptations will leave a much better impression.

The main thing to preparing for an online video interview is to treat it almost as if it were in person. Be professional, courteous, and if things go wrong, handle them as best you can and communicate what’s going on. Video interviews can be tough, but if you prepare, you give yourself a great chance at standing out from the rest of the candidates and securing the job.